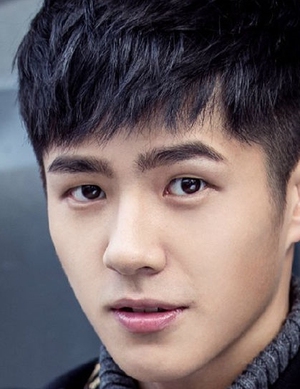 First Name: Yuan
Family Name: Liu
Native Name: 刘昊然
Also Known As: Turbo Liu
Nationality: Chinese
Gender: Male
Born: October 10, 1997
Age: 21
Liu Hao Ran was born in Pingdingshan, Henan province, but has lived in Beijing since he was twelve as he was accepted into the middle school branch of the Beijing Dance Academy. In 2014, he debuted in the film "Beijing Love Story" and was nominated for the Best Newcomer award at the 21st Beijing College Student Film Festival. In May 2015, he became the youngest cast member of Hunan TV's military training reality show, Real Men, which is the Chinese version of its Korean counterpart. That same summer, he took the yi kao and was admitted into the Central Academy of Drama ranked first in his major.

He is probably best known for the role of Qing Feng in the Detective Chinatown film series, and won the Best Newcomer award at the 2016 Huading Awards for his performance in the first film. The second film, which came out in February 2018, is now ranked third in Chinese box office history.

He is widely regarded as one of the best actors among the younger generation and is the youngest Best Actor nominee in the history of the Hundred Flowers Awards, which are one of the three most prestigious film awards for mainland China.